April 2013 dawned bright and early. I was leaving Jos for Wubel in Chakfem district on a two day medical outreach.
We left at about 6.30am and at that time of the day it was beautiful and quiet and the weather was nice and cool. Pokop, Esther  and I were heading out ahead of the others as there were things we needed to pick up on our way to Wubel for the outreach. It was a truly scenic ride in very rugged terrain (virtually unpassable in the rainy season except with a 4×4 vehicle); however it’s in places like this that you can truly appreciate God’s beauty in nature (had to stop to take pictures). 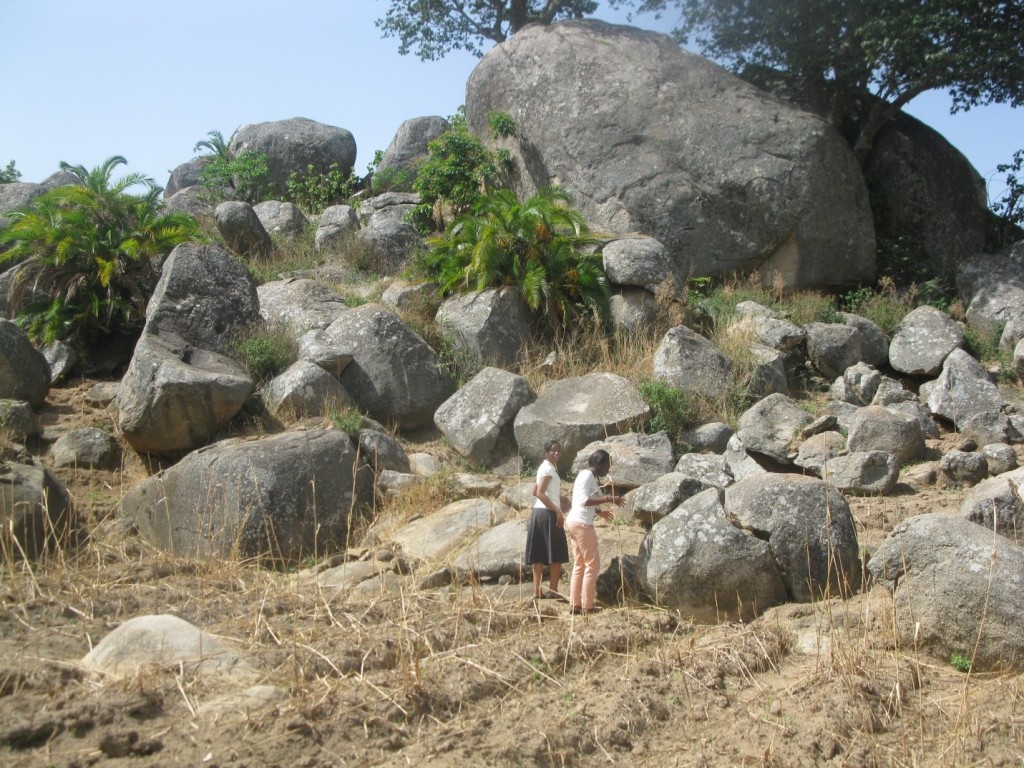 We got into the village in the afternoon (stops on the way and really bad roads made the trip much longer) and by that time a crowd had already gathered just outside the skeleton of what is to become the clinic for Le Pan Health initiative. 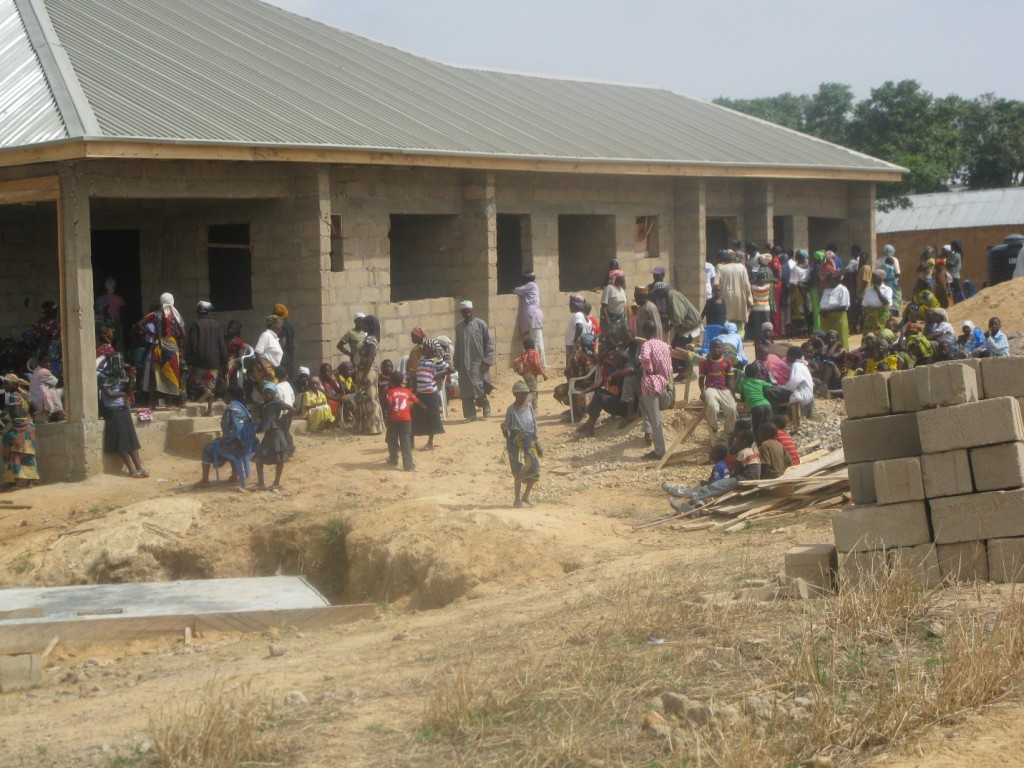 know it doesn’t look like much of a crowd but this was taken with lots of people inside the building, some already seen and gone and more on their way. We had a quick lunch (need to get your energy up for the job at hand) and then we got down to business.
The outreach had a twofold purpose: to meet the medical needs of the people and also meet their spiritual needs as well. To this end our team was largely split into two: the medical/ pharmacy team and the counselling team.
People were registered and then seen by a member of the medical team and then sent off to counselling and then to pharmacy to get their drugs.  Our medical team consisted of 9 doctors and a pharmacist and we saw literally hundreds of people that first day. 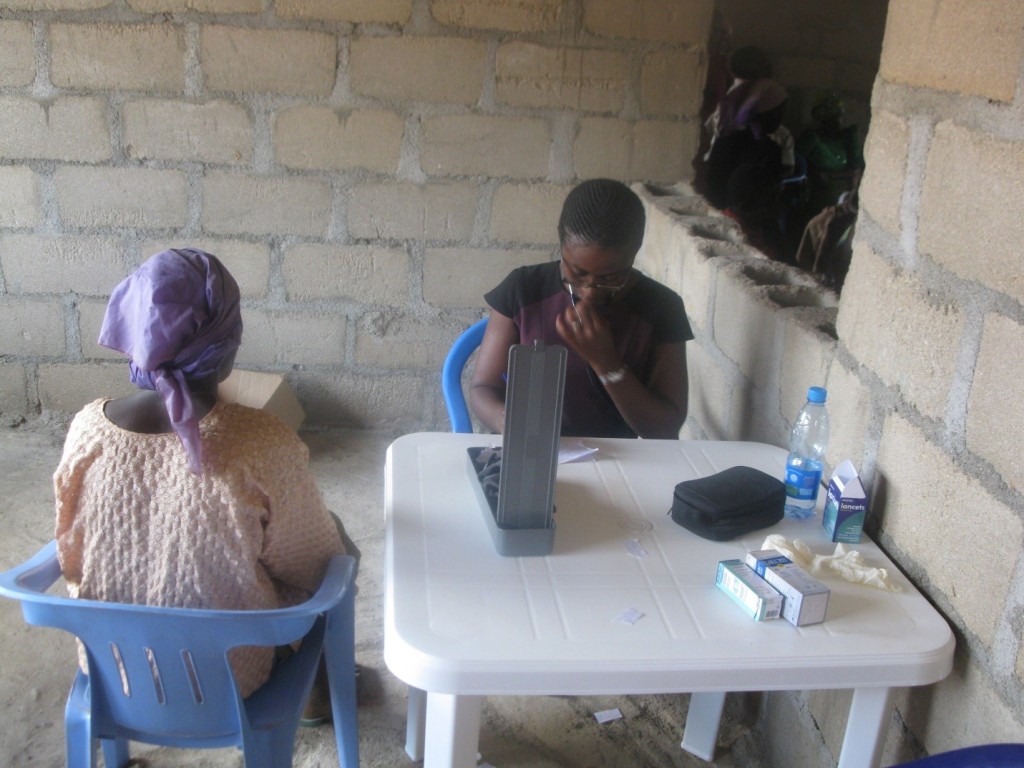 My Hausa which at best is rudimentary had gotten rusty with years of no practice, but I slowly got into the swing of things and when I got stuck I called on the reinforcements to help translate. There were a number of patients that stood out: the old lady with skin lesions on her face that had all of us stumped. The little baby on her mother’s back who wasn’t brought in to see us (mom was the patient) but one of the doctors saw mom on the line waiting to pick her drugs and felt the baby needed to be seen; good thing too because baby was quite sick.
The next day was pretty much of the same though we closed a little earlier to prepare for the evening showing of the Jesus Film in the local dialect. I took advantage of the early break up to go hiking in the hills around the village. From that height you could look down and see the entire village. 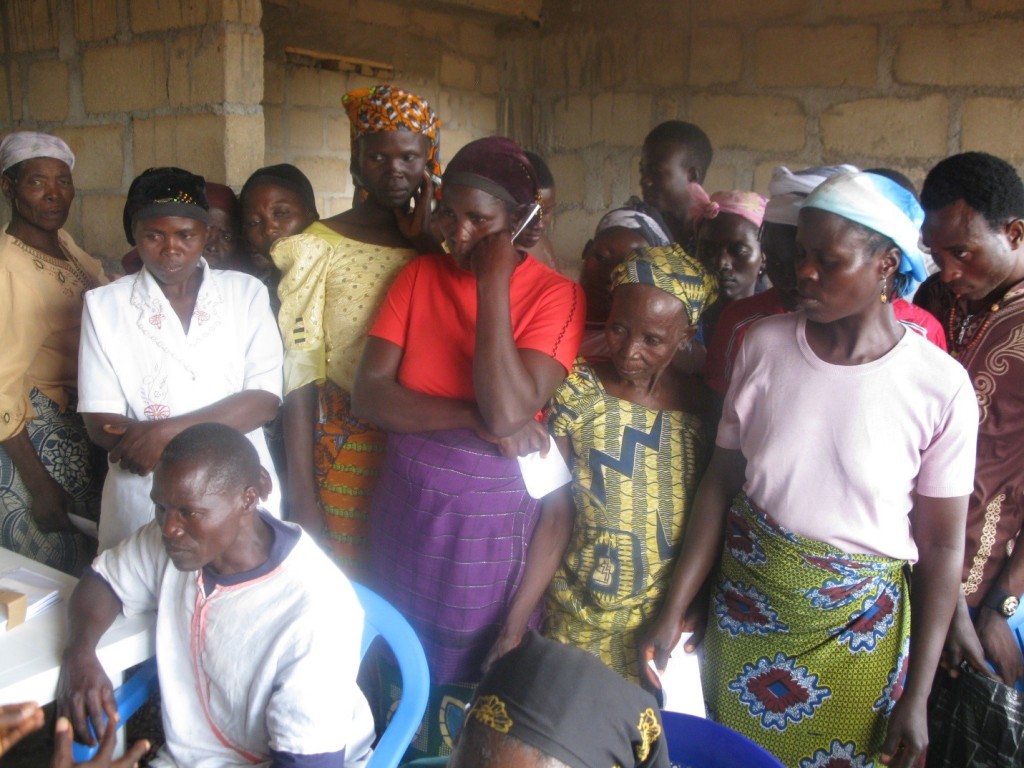 That evening the local church was packed with anticipation of the Jesus film which was shown on the wall using a projector. An altar call was made in the local dialect at the end and a number of people made decisions for Christ.
All too soon it was time to leave, to head back to Jos and then Abuja as I was flying out the next night. I left Wubel knowing we had just scratched the surface and this was just the beginning; but also resolving in my heart that I would be back to scratch some more.